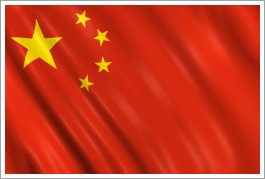 Have you noticed how often you see the words “Made in China” on the products you buy in American stores? Much of our imported goods such as toys, clothing, electronics, and household items are manufactured in China and sold in the United States.

Chinese workers will work for a fraction of American workers’ wages, and thus U.S. corporations can increase their profit margins by paying less for labor costs. However, China is not only one of the largest exporters in the world, but one of the largest importers, buying products from other countries including the U.S. One might say that China is America’s largest customer—and competitor—and also, that we are theirs. China not only has the fastest-growing major economy in the world, with a rate of growth averaging 10 percent, but is expected to surpass the United States economy by 2020. China also has the world’s largest population with 1.3 billion people, making up almost 20 percent of the world population.

In this Article … Related Articles/Websites …
Thus, the Chinese language promises to be a vital part of the global economy in the years to come. With more than a billion potential workers, its manufacturing capacity is enormous. While China is currently mainly a manufacturing economy, its technology is expected to increase many times over, again making it a significant competitor to the United States’ principal economy. Likewise, the Chinese stock market causes ripples in the global economy that can be felt by every nation. You can see how vital Chinese teachers are becoming, and also how crucial Chinese teachers will be over the next decades. As China increases its power, more and more business people will need to know and understand Chinese. Also, as we become more culturally intertwined through the Internet, many more people will find it both necessary and rewarding to learn about and communicate with the Chinese people in their own language.

Time in the classroom will not be dull for a Chinese teacher. There is such a breadth and depth of information to convey to students regarding linguistic skills, history, politics, religion, culture, customs, dress, and economics that no Chinese teacher could grow bored.

The U.S.-China Teachers Exchange Program, established in 1996, sends teachers from kindergarten-level through 12th grade to China, and brings Chinese teachers of the same age levels to the United States. American teachers primarily teach English to secondary school students in China for one year. Teachers could live in Beijing, Tongling, Yangzhou, or other cities. This program offers a unique opportunity to experience life in Beijing with a paid salary, as well as improve their own language skills and educational experience. This is a great opportunity to bring classroom experience to life.
It’s also a course that’s usually an elective, meaning that students are motivated to learn and will hopefully remain fascinated with it. That said, Chinese is also arguably the hardest language for Westerners to learn. There are two primary dialects, Mandarin and Cantonese. Mainland China, Taiwan, as well as the heavily Chinese country of Singapore, all use Mandarin, and these places are where most business is conducted. Radio and television news is generally reported in Mandarin. Cantonese is popular in the Canton (Guangdong) province, as well as in several immigrant populations including those in San Francisco and New York. In addition, students are not only learning new words but an entire new written language. Traditional written Chinese is so difficult to learn that a more recent type of Chinese writing, simplified Chinese, has been established and widely used, although it is not universally accepted. Reading the Chinese language is also difficult. There’s no pronunciation per se, just the memorization of symbols. Many students who are at first excited to learn Chinese often quit out of frustration. Most first-year Chinese teachers, therefore, will focus on helping their students master some basic conversation and written sentences, and spend more time on immersing students in Chinese culture and history. And there is much to immerse them in. The country is rich with religious history, being the birthplace of Taoism and Buddhism, as well as a widespread belief in mythology including various gods and goddesses. An understanding in the nuances of communism will also have to be related to students. Students wishing to do business with the Chinese, or act as translators in Chinese, must be respectful of China’s history, and even its tradition of communism, in order to avoid offense and remain respectful. China is also the most notable example of state capitalism, meaning that while there is a private sector of business, most of the private sector and certainly a great deal of the economy in China is owned and controlled by the Chinese government. Without at least a basic knowledge of China’s history and current government, a Chinese teacher could put his or her traveling students at risk for imprisonment or worse.

The demand for Chinese teachers is growing faster than many other fields of teaching, and faster than the average job growth rate in the United States, at 21 percent. Chinese teachers should look for larger schools for jobs, as they offer a wider variety of electives. Some specialized elementary schools have also begun to teach Chinese, though high school is the most common time for students to begin Chinese instruction.

Unlike many teaching fields, the Chinese language provides an opportunity to increase your income on the side. During summers, breaks, evenings, and weekends, teachers have time on their hands. Why not spend that time making extra money by translating documents from English to Chinese for corporations? Or take an extended vacation to China and teach English, while improving your own Chinese skills? People all over the world are learning Chinese; you could teach Chinese in a variety of countries during summer vacations, enjoying many cultures. Why not tutor college students or people preparing to travel to China? Opportunities for future career changes and extra pocket money abound when you become a Chinese teacher.
Many teachers who desire to immerse themselves in Chinese culture and the Chinese language get jobs in China for a year or two after graduation, often in English instruction. This interplay of languages brings their academic study to life, and also increases their chances of landing a teaching position when they come back to the United States. Places that are always looking for Chinese teachers include those with high Chinese population areas such as San Francisco and New York City, both of which have a thriving “Chinatown.” Like any teaching specialization, high risk or high need schools are always quick to hire qualified teachers. High risk schools are usually located in inner cities, rural areas and economically unstable communities. These jobs usually pay significantly more than than schools and communities who do not suffer teacher shortages.

The average teacher makes a salary between $52,240 (elementary) and $54,390 (high school), with a starting salary between $30-40,000. However, because of their specialization, foreign language teachers may get a bump in salary to start. Teachers get an increase in compensation for every year they work and for additional education. Teachers are also compensated for additional duties such as lunch-room attendant and leading student extra-curricular activities. Teachers can also move up in the administration of a school once they’ve achieved a master’s level of education. Salary is only one factor to consider when deciding whether or not to accept a teaching contract. An applicant should look at the overall compensation package and ask some questions. Are there great health insurance benefits? Is the school going to match my contributions to a retirement plan? Will the school pay for me to achieve higher degrees, or at least contribute? Will the school pay for me to attend the required additional education hours I will need to keep my teaching certificate active? Chinese teachers in particular are poised to make money during those times when they’re not classroom teaching, working as translators or as Chinese tutors to college students, business people, corporations, and those traveling to China for pleasure.

How do I become a teacher in this field?

To become a Chinese teacher one must major or minor in Chinese, graduating with at least a bachelor’s degree. This must be in conjunction with a teaching certification program. Following the classroom study required, students do a semester or two in the classroom, student teaching or being a practice teacher under the tutelage of an experienced teacher. Students pick up tips on classroom management and discipline that can’t be learned from a book. All teaching candidates must complete a state exam or a Praxis Test, before being awarded with a teaching certificate. For more information on the requirements for becoming a Chinese teacher visit the Teaching Certification website. Teaching Chinese can be a life-long passion for someone who has an interest in global economics and Eastern culture and traditions. If you have a love of language and you think Chinese might be an exciting language to learn and you love working with young people, teaching might be a lucrative career choice for you.