Eighth grade science teacher Brad Piroutek describes how his master’s degree program reinvigorated him as a teacher, and introduced him to new lines of scientific thought. 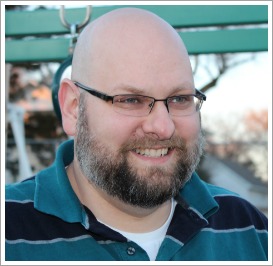 After 10 years of teaching math and science at a variety of levels, Brad Piroutek knew he needed a change in his life. That’s why, in the summer of 1999, Piroutek enrolled in the master’s of science in science education program at Montana State University. Piroutek felt stuck in a rut before entering his degree program, but knew that by expanding his understanding of teaching strategies and scientific content, he would reinvigorate himself and improve as a teacher. “To be honest, there was a little bit of burnout after 10 years of teaching – a little bit of been there, done that,” Piroutek said. “In some ways, it was almost a ‘mid-life crisis’ moment for me. I decided that teaching was what I wanted to do, and I wanted to dedicate myself to become better – the best teacher I could be.” With 10 years of teaching experience under his belt, Piroutek found that many of the concepts he revisited in his master’s program held more meaning. In undergraduate programs, students often learn about teaching theory and abstract concepts, with only a vague idea of how they are integrated in the classroom. Piroutek says that having teaching experience and then reviewing theoretical applications of education has helped him excel and become an effective teacher.

Brad Piroutek lists out several of the subjects eighth graders focus on in science class. Some of these include:
Becoming the best teacher possible involves more than simply memorizing teaching strategies and hoping for good results. Instead, Piroutek says he must be absolutely positive the strategies work, and make changes to the ones that don’t. Thankfully, Piroutek’s master’s program provided him the tools necessary to make that possible. One of the major focuses in his program was “action research.” Action research focuses on improving the quality of education in the classroom by implementing the scientific process in teaching. By studying action research, Piroutek can chart how certain teaching practices lead to better results. For example, Piroutek’s action research project centered on his unit on electricity. Usually, Piroutek began the unit by introducing concepts and terms, having students memorize them, and ending with a scientific experiment. This time, to change up the structure, Piroutek had his students dive into hands-on experiments using bulbs, wires, and batteries without any help from the textbook. By charting his students’ progress and grades and comparing them to previous years’ results, Piroutek found his new teaching method was more successful, and that student’s retained the material for a longer period of time. “The action research project gave me sense of empowerment over my own teaching,” Piroutek said. “Up to that point I wouldn’t make strong connections between results and changes I made in my teaching. Action research really allowed me to be very, well, scientific about changes I was making and the results I was getting, so I could pinpoint much better what I was doing wrong and right.” This empowerment has allowed Piroutek to enact changes to teaching that he can feel confident about – changes that allow his students to move away from simply memorizing vocabulary, to actually performing science in the classroom. Using suggestions and lesson plans pulled directly from his master’s level courses, Piroutek leads his students through the scientific process on a daily basis. “I try to teach my eighth graders the basics of scientific inquiry and more generally, what science is,” Piroutek said. “Most of the classes I took were the hands-on actual doing of science, which is the biggest thing I want my eighth graders to take away from a science class – that science is a way (a very good way) of finding out about the natural world.” Piroutek’s hands-on style of teaching is directly influenced by some of the classes he took in his master’s program. Where before he may have asked students to memorize terms, now he looks to make sure students learn the terms through experimentation, exploring the whys behind science. One particular class that Piroutek cites as deeply influential to his teaching style is “Physics by Inquiry.” He notes that the class showed him the misconceptions in physics that teachers must help students overcome, and showed him how to move from being “the sage on the stage,” to more of a facilitator. “It was almost a goal of the teachers of this class not to give out any answer,” he said. “Students had to justify their comments and conclusions with evidence they had gathered. I try to have my students do that as much as possible.” Today, closing in on 23 years as a teacher, Piroutek knows he made the right choice by sticking with the teaching profession and earning his master’s degree. His passion remains, and each day provides moments when he pulls concepts from his master’s program to help students reach their “Ah-ha!” moment. “In the eighth grade students are still curious and not afraid to ask questions, and science is all about questions, so the discussions and debates we have are great and so far-ranging,” Piroutek said. “But seeing the look on a student’s face when they ‘get’ something is the best.”