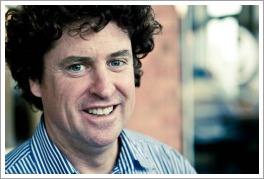 On its surface, the life of an academic seems both invigorating and intellectually stimulating. After all, what’s more inspirational than being surrounded by inquiring young minds, breathing in the crisp fall air as incoming freshmen explore their new campus, and cheering on the sidelines at baseball games?

However, the reality isn’t always a scene of Norman Rockwell perfection. Higher education administration jobs are… administrative. Thus, most of your time is spent on such things as budgeting, institutional research, staffing, writing accreditation reports, scheduling, and so on. And that’s just during the slower summer months. During the regular school year, you’ll have all these responsibilities, as well as address student problems and concerns on a regular basis.

Nonetheless, whether it’s a local community college or a prestigious private university, the typical academic atmosphere is filled with enthusiasm, culture, and innovation. Whatever your role, you’re not only joining an administration that helps creates an environment for learning—you’re also a fellow participant.

There are many administrative positions within the higher education system. One of them could be yours.

Administrators work regular hours throughout the year, unlike faculty and students who get extended breaks. Documentation still has to be filed; budgeting and scheduling still needs to be done; and when fewer students are around, there is more time to focus on administrative tasks.

The United States government is subsidizing $1 trillion in student loans. That’s more money than Americans owe on credit card and auto loans together. This is quickly becoming a crisis, as unemployed and underemployed students are having difficulty finding jobs to pay the loans back. What’s more, student loans are the only type of loan that can’t be written off in a bankruptcy settlement.

Higher education administrative jobs will vary by department, and in accordance with your skill set. For example, if you’re hired to head the administration and finance office, your job will be to set the budget and monitor school finances, determine number of staff to hire or lay off, and make sure maintenance of the facilities doesn’t go over cost. Should you be hired in the office of admissions, you’ll be making sure that you don’t accept more students than the college can handle, and ensuring that every student is qualified to be at the school.

There are also a variety of academic administrative positions, the best known being that of dean (or assistant dean). Each specific school or area of study within a university will likely have its own dean, such as Dean of the College of Veterinary Science. There are also deans of certain administrative activities, such as research and development, finance and budgeting, or admissions.

No matter what your area or position, however, academic politics can be vicious. There’s competition to know the right people and be liked by them, so they’ll promote you and give you the choice assignments. In some ways, this is a lot like any workplace; however, this problem is accelerated in the academic world. The issue of academic politics is one of the primary complaints made by administrators working on campus.

Politics aside, there’s fierce competition throughout the world of academics—starting as early as graduate school, when students compete for grants and fellowships, teaching assistant positions, and faculty openings. Those same people will later be your competition for dean and assistant dean openings, or for other administrative positions. If your career goal is academic administration, there is also pressure to regularly publish papers and participate in research—not only to distinguish yourself academically but also just to remain employed.

Ivy League: Is it worth it?

Ivy League schools get all the props. Conventional wisdom states that Ivy League graduates have it made—getting their dream jobs right out of college, making the big bucks. But is it true? And is it worth the $50,000 per semester cost?

Maybe not. Almost 80 percent of our nation’s lawmakers went to public colleges. And surprisingly, among Fortune 500 CEOs, the University of Wisconsin ranked fourth in total number of degrees awarded—higher than Dartmouth, Stanford, and Northwestern, among many others.

At the same time, there is a constant tension between the need for universities and colleges to stay under budget, and yet attract more students to campus. Budgeting cuts also lead to a reduced staff, which means increased responsibility for the administrative staff that remains. More than a third of all higher education administrators report having regular work weeks in excess of 40 hours.

One community college dean remarked that while he receives a flood of faculty applications annually, there is difficulty finding administrators who are both qualified to do the job and willing to take on the additional responsibilities—all at a nominal pay increase over what faculty members make. However, this is less of a problem at larger and/or more prestigious colleges.

On the decidedly plus side, your job as an administrator brings you into regular contact with people who share a love of learning, from the newest freshman to the college president. Campus administrators also often enjoy a sense of community that’s rare at many other jobs. The challenges of the job are more than offset by the opportunity to interact with others in your academic community, and to actively contribute to a learning environment that thrives on advancing educational goals, on both the global and personal levels.

The Bureau of Labor Statistics (BLS) calculates that there are almost 145,000 higher education administrators nationally, and that the profession will grow by 19 percent by 2020— faster than the rate for jobs overall. The BLS also forecasts that administrators will become increasingly important, as they’ll have to make crucial decisions about budgets and student interests, somehow finding a balance between the two priorities.

In fact, at many colleges and universities, you might have a better chance starting as an administrator than as part of the faculty. The percentage of full-time faculty are on the decline, as colleges and universities can easily staff their classrooms with adjunct professors who are willing to work part-time, be paid stipends for each course, and don’t qualify for benefits. Generally, administrative positions are immune from such labor disadvantages.

What does it pay?

The median salary for postsecondary administrators overall is almost $84,000, according to the BLS; college deans earn an average of $125,000 per year. Aside from salary, colleges and universities generally have good retirement benefits, health and life insurance plans, and room for advancement.

One enormous additional perk is the ability to attend courses, and thus obtain higher degrees, for a fraction of the cost—or even for free as part of the benefits package. An entry-level administrator might well be able to acquire the master’s degree required for a higher position, while incurring less financial burden.

How do I start in Higher Education Administration?

As these degree programs are focused on developing both relational and leadership skills, you’ll spend a lot of time working in college dorms, organizing student activity programs, helping students with career planning and placement, working in the admissions office, and so on. This, in turn, will help you to sample a variety of college administration roles, so that you can identify your own niche.

Another career route is to start at entry level and work your way up. For instance, you might get a degree in finance, land a job in the finance office, and then advance your career from within that department.

The most common way to enter the world of academic administration is to serve as a faculty member for a number of years. A university’s college of research and development, for example, will tend to hire associate deans who have taught in that department for a number of years. In addition to their own field of specialty, many college deans also have a degree in human relations, or a similar field.

An authority role in higher education administration is not something you jump right into. It takes years of education and experience in your chosen field to work your way to the top. However, there is a lot of latitude in how you get there.