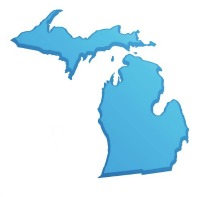 People love Michigan for its four distinct seasons; its magnificent Great Lakes and the still-preserved natural beauty of the Upper Peninsula; its vibrant music scene, and its thriving cultural life. Michigan has everything from deep, dark winters to warm summers on the lakeside—just not simultaneously. It is said that no one appreciates spring like someone who experiences winter in Michigan. The state has also increasing variety in its educational approach, through a number of legislative measures. Despite being one of the hardest-hit states by the recession—or perhaps because of it—Michigan has found creative ways to serve both its students and teachers. And as the state rebounds economically, it could be a great time to start a career as a teacher in Michigan.

Unlike most states, Michigan had been experiencing a severe economic depression for a decade prior to the 2008 crash due to the outsourcing of factories, especially in the automotive industry. Today, things are improving; the unemployment rate is steadily dropping and tax revenues are rebounding. As a result, an additional $113 million made its way into the state’s education fund for 2012, along with an additional $115 million for 2013.

What kind of salary can I earn in Michigan?

Michigan has a history of paying its teachers above-average salaries. Salaries are as much as $10,000 higher than salaries in other states, and comparable to salaries in states with a much higher cost of living. Source: U.S. Bureau of Labor and Statistics
Michigan recently passed legislation making online “cyber schools” more available, to up to two percent of the state’s student body population. The state is also dedicated to transition standardized testing from pencil and paper to online assessments by the 2014-2015 school year. The commitment to “performance-based funding, focused on student progress,” as stated in the Michigan Department of Education’s reform priorities, is where things get gritty. In 2012, state legislators have submitted numerous bills for the institution of merit pay and performance standards for teachers. Political parties, the Michigan Education Association, teachers, parents, taxpayers, and even students battle over whether educator performance should be tied to educator compensation, as well as whether school funding should be conditional on school performance. There is more to compensation than salary, though. Michigan politicians have also proposed significant changes to teacher retirement packages, which would require teachers to contribute to 401k-type retirement plans as well as contribute 20 percent to health-care premiums upon retirement. These types of reforms—and there are several versions before the state committees—have been made in response to Michigan’s inability to meet employee retirement obligations. The state had previously been footing the entire bill for teacher retirement packages, and teachers were automatically given lifetime health-care benefits after having only worked five years in the school system. The decisions that are ultimately reached will affect the careers of both current and future teachers in Michigan.

Michigan has several fantastic teaching colleges, and a very high salary rate among its teachers. However, reduced school budgets, and a reduced public-school population, have prevented graduating teachers from being matched with schools. Of the 7,500 teaching graduates in Michigan, 5,000 of them must leave the state to find stable work. One district official reported that when a teaching position comes open, hundreds of qualified candidates apply. This makes Michigan a highly competitive teaching market. The state also saw a nine-percent reduction in teaching staff between 2005 and 2011—a loss of around 10,000 jobs. Likewise, as families hit by the recession have moved out of the state, the student population in Michigan has dropped by eight percent. This is not good news for prospective teachers. Despite the quality of education they offer, teacher colleges in Michigan have been criticized for educating teachers in very low-need areas of education, and neglecting to produce enough qualified teachers in more high-need areas such as math and science. One bit of good news, at least for incoming teachers, is that job security has increased for those just starting in the teaching profession. In 2011, legislation was passed allowing districts to keep fewer senior teachers during layoff periods, if newer teachers proved to be more effective. Previous to the passage of this measure, newer teachers were the first to go when budgets required layoffs.

What are some of the benefits of becoming a teacher in Michigan?

Teacher salaries in Michigan are among of the highest in the country. Combined with a lower cost of living, this makes for a more comfortable lifestyle for teachers than in most of the remainder of the country. Michigan is slowly rebounding, and many analysts expect the state to make an economic comeback. When it does, teachers will be sorely needed; and Michigan has a long history of taking care of its educators. Teachers may receive additional benefits by joining teaching organizations such as the Michigan Education Association. The state teacher union does battle on behalf of teachers, protecting salaries, benefits, working conditions, and the quality of education.

How do I become a teacher in Michigan?

Prospective Michigan teachers need a bachelor’s degree in their concentration, student teaching experience, and a certificate to teach. For additional information on teacher certification, visit the Michigan teaching certification website. Again, teaching in Michigan is highly competitive, due to the high concentration of teaching colleges and the recent reductions in teaching jobs. To improve your odds, you should be willing to teach in struggling schools—perhaps even in inner-city Detroit. The Michigan State University TEACH Grant provides up to $4,000 per year to students who teach in schools that serve students from low-income families. Coming to the bargaining table with stellar grades and high honors will also be a bonus. Majoring in high-need areas such as special education, science, or math will give you the best odds of finding a teaching job in Michigan.